"What can the new USC football couch purchase with his $6 million housing stipend?"

Excited to have one of my listings, 6 Maverick Lane, mentioned in the following article from the Los Angeles Times. Lincoln Riley, the new USC head football coach, would be a great addition the South Bay community!

Lincoln Riley, USC’s bombshell pick to rebuild the Trojan football team, is moving from Oklahoma to Southern California soon, and he’ll have plenty of money to spend on a new place.

Contract details are still hazy, but he’ll surely make more than the $7.672 million a year he earned at the University of Oklahoma, where he was the fifth-highest-paid coach in the country, according to a USA Today analysis in October. Riley led the Sooners to 55 wins in five seasons.

An unverified viral tweetclaimed the contract was worth $110 million, along with a $6-million housing allowance, and although there’s no reason to trust those numbers, that real estate buying power seems realistic relative to other USC coaches. Steve Sarkisian dropped $8 million on a Rolling Hills home when he took over the team in 2014, and Lane Kiffin paid $5.5 million for a place in Manhattan Beach a few years before that.

Even in a market as hot as Southern California, $6 million goes a long way. Riley can buy a quality home in even the most exclusive neighborhoods. Bungalows near the beach or mansions in the mountains are all within his budget.

Here’s a look at what $6 million buys in six Southern California communities. 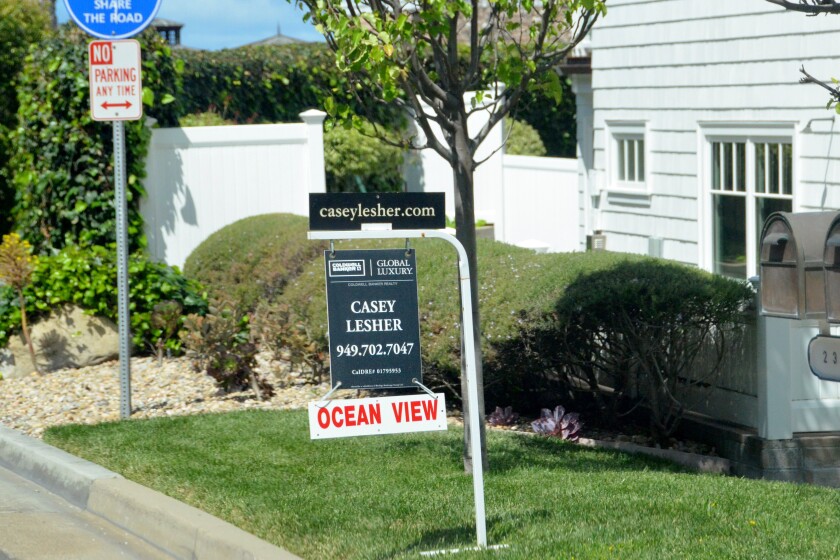 Listed at $5.3 million, this Mediterranean-style spot offers a family home with some flair. Palm trees and a clay tile roof bring curb appeal, and inside, the two-story floor plan rises to multiple balconies — including one with a built-in grill and custom kegerator. USC is about 17 miles away, but the ocean is less than one mile. 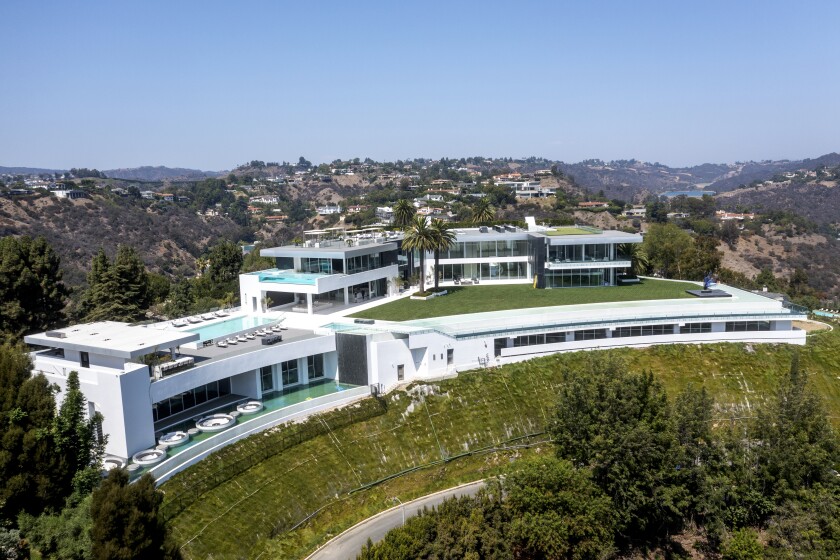 Another hot spot for USC’s top brass is Rolling Hills, a scenic city on the Palos Verdes Peninsula where Sarkisian lived. One of Southern California’s most affluent enclaves, the area offers plenty of space but a few more restrictions. For example, every house there is required to be painted white.

This compound sits on an acre and makes the most of its space with a secret garden, private patios, fruit trees, a detached art studio, swimming pool and volleyball court. At the center of it all sits a Midcentury gem designed by Cliff May, the prolific architect best known for his California ranches. His style is on full display here with vast open space meant for entertaining and walls of glass to take in the hillside views.

If Riley doesn’t mind taking the 10 Freeway to work every day, Santa Monica offers walkable neighborhoods and easy access to some of the L.A. area’s most iconic beaches. Space comes at a premium, though, and anything more than 5,000 square feet will take him way out of this price range.

A block from the beach, this Craftsman has stayed in great shape since it was built 108 years ago. Charm is the allure here, as landscaped gardens wrap around the property and wood shingles adorn the exterior. In addition to the five-bedroom main home, there’s a two-story guesthouse with an ocean-view suite.

If Riley’s looking for something similar to his current home in Norman, Okla. — an ivy-covered brick manor that he's shopping around for $2.1 million — Pasadena might be his best bet. The San Gabriel Valley city showcases plenty of stellar architecture, including the Gamble House, the Craftsman-style masterpiece that houses two USC students every year.

With a stately brick façade surrounded by flat, grassy lawns, this English-style manor sits on a knoll overlooking the Langham Hotel area. The house itself holds stylish spaces wrapped in wood, and the backyard adds a swimming pool, spa, gazebo, guesthouse and garden.

Although USC’s immediate vicinity doesn’t feature many homes for $6 million, Hancock Park has plenty of options and offers a relatively short commute. The affluent neighborhood lies within a historic preservation overlay zone, which protects architecturally significant areas, and Riley’s budget could buy a property with both space and architectural pedigree.

Once home to French fashion designer Christian Audigier, this dramatic mansion has stayed in touch with its over-the-top Old Hollywood style since it was built in 1925. A pair of stone elephants guard the entry, and the formal living spaces are designed for entertaining. Up top, a private balcony surveys a swimming pool lined with azure tile.

If Riley’s eyeing a place in the hills (and doesn’t mind descending the 101 Freeway every morning), money goes a bit further in Studio City than in the 90210 ZIP Code that sits just below. The San Fernando Valley neighborhood has plenty of luxury options, and $6 million can buy an estate on multiple acres.

This architectural farmhouse in Fryman Canyon Estates straddles the line of Studio City and Beverly Hills Post Office, offering a lush, secluded retreat on more than two acres. There’s something worth staring at in every single room, and outside amenities include a swimming pool, spa and playground.

Almost there! You're one step away from knowing the value of your property

Thank you! We're building your custom home valuation report now and will send it to your inbox when finished.

If you´re listing or selling real estate in the Palos Verdes Peninsula and surrounding areas, put a winning real estate professional to work for you.